Home » About Us » Blog » Broken Hearts: The Trauma of Racial Violence

Our hearts are broken for the city of Buffalo today, where a white supremacist opened fire at a Tops market on Saturday, killing 10 and injuring 3. Eleven of the victims were African American, including a 77-year-old grandmother who ran a food pantry, and an 86-year-old woman who was simply shopping for her husband who she is taking care of.

This horrific act of violence underscores the essential need for us as an organization and as a community, to commit to dismantling white supremacy and racism in all its forms. Each of us must have a part to play, whether it's educating ourselves, our children, and our neighbors in speaking out against racism. We must also give attention to and actively engage in interrupting and dismantling systemic/structural racism by working to change policies and practices that allow racism to continue. This type of trauma is often associated with racial and ethnic population groups in the US who have suffered major intergenerational losses and assaults on their culture and well-being. The legacies from the enslavement of African Americans, displacement, and murder of Native Americans, have been transferred to current descendants of these groups and others.

We also want to acknowledge that this week has been extremely painful for the Native American community as well. On Thursday, a federal report initiated by Deb Haaland, Secretary of the Interior, identified 400 residential boarding schools in the U.S. that operated from the early 19th century until the late 1960s. The report also identified over 50 associated burial sites of Native children, a figure that is likely to grow exponentially as the research continues. Federal Indian Boarding School Initiative Investigative Report

The result of these events is traumatic stress experienced across generations by individual members of targeted communities, their families, and their community. The impact is not only about what has happened in the past, but also about what is still happening in the present to target a group of people or actions by others that serve as reminders of historical targeting (Evans-Campbell, 2008). So, we must be intentional about building awareness about the history of boarding schools and the part they played in the attempt to erase indigenous cultures from this continent. To our Native American community members, we stand with you.

Our thoughts are with our African American community members who are grieving this traumatic event. We see you; we hear you; we are praying for you; and we are with you in solidarity. 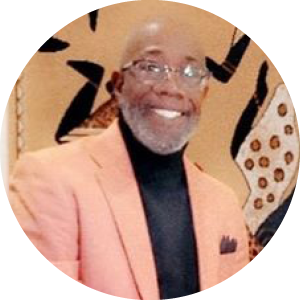