I learned this afternoon of the passing of Dr. Roger Weissberg, a towering figure in the field of social and emotional learning (SEL) and someone I considered a mentor and friend. I am so very sad – sadder than I fear I have any right to be given how many others knew him so much more personally than I did. But then again, that is a quality Roger had – the ability to make you feel so special and important in his life, even though he had hundreds of people like you in his orbit.

I had the privilege of working with Roger at the Collaborative for Academic, Social and Emotional Learning (CASEL) from 2003-2005, back when SEL was a relatively new (and not entirely supported) concept in education. My husband and I were in Chicago for a few years while he attended graduate school and I only had a temporary job in mind, knowing it would be a short stay. Little did I know that my two years at CASEL would change my life and determine the trajectory of my career.

Those were the scrappy, roll up your sleeves years of SEL. Together, our small staff worked on the first schoolwide SEL implementation guide, found a few local schools to work with, scraped by to get some funding, and tried to drum up enthusiasm for SEL during a time when No Child Left Behind and testing had its hooks in the education system (today there isn’t a district in the country that doesn’t know about or have something going on related to SEL). I remember Roger and others were busy on policy efforts with the Illinois Department of Education that eventually led to the adoption of the first state SEL standards in the country in 2004 (there are now 18 states with such benchmarks).

I was fresh out of grad school, eager but young and inexperienced. Roger threw me into the fire and let me take ownership of several projects. He gave me first authorship on the implementation guide, suggested I pull together a learning collaborative for school principals, and set me off as lead consultant at more than one local school. It was overwhelming and exciting at the same time. That trust in me as a relatively green, freshly minted masters student launched my career and opened so many doors for me over the years. As I look back with the benefit of hindsight, I realize how rare for a leader to so fully empower their staff and have no need to take credit for themselves. In the comments and remembrances starting to flood in on CASEL’s website, many point out this very same quality in Roger. His focus on getting work done rather than on who gets the credit is what made him so successful. It is a quality I have been trying to emulate with my own staff ever since.

Roger and I have stayed in touch, so four years ago when I saw an interesting job pop up at Children’s Institute (CI), I reached out to Roger to ask his opinion and see if he knew anything about the organization. I knew he had received his Ph.D. from the University of Rochester. Little did I know that he did his doctoral studies under CI’s founder, Dr. Emory Cowen and was Research Director at the Institute back when it was known as ‘Primary Mental Health Project’. He was involved in many of the early publications that gave CI its founding research base.

As I think about Roger’s impact on me personally, it is also worth highlighting his impact on Children’s Institute - an organization many of us consider home - and perhaps noting with just a touch of pride that someone who went on to such great things got his start here in Rochester. I am sad today. I honor my mentor. May he rest in peace and live on through the many, many, many lives that he touched. We at CI and our community partners pay tribute to him in our commitment to SEL as we join together to raise every child’s complete wellbeing. 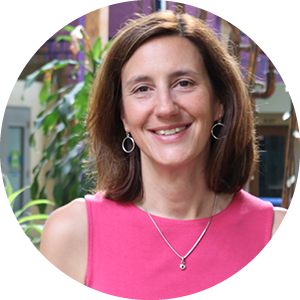