Home » About Us » Blog » A Tale of Two Sidelines

A Tale of Two Sidelines

Travel with me to a nearby soccer field – choose any one that you like as they are all pretty much full this time of year.  Picture two teams of adolescent girls warming up with their teammates, running, stretching, taking shots on goal, with easy banter and laughter catching the breeze. They represent girls not looking for scholarships or hopes of college play, just some extra practice with the ball, physical activity in a game they love, and time with friends. 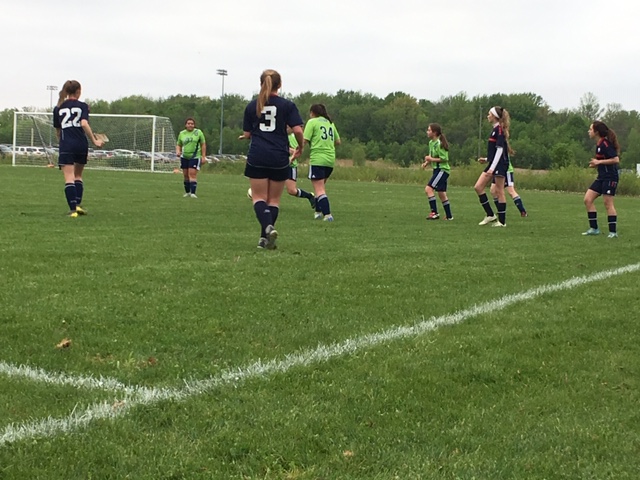 Now picture these two teams lining up against each other in preparation for the game.  One team has only 9 girls who were available to play on this windy spring day and the other team has 15 girls on the line.  A regular game usually has 11 players on each side of the field, with hopefully a few substitutes on the sideline as the game is 80 minutes in length.  Unfortunately schedules prevented the home team from having enough players to even fill the field, let alone provide substitutes.

“Coach, would it be possible for you to play with just 10 girls this evening?  We are short 2 girls and that might make things a little more even,” says the coach of the meager team.  “Sure, I can do that,” is the response, although that coach then sends 11 players quickly onto the field.

As the game begins it is readily apparent that the 2 missing players and substitutes will make a difference in the final score.  However, those 9 players run hard, encourage each other, ask for no breaks, and push themselves until the final whistle.  The opposing team, with extra players and lots of rest breaks, exit the field with cheers at their victory.  The parents are clapping loudly, pumping their fists, and shouting for the win.

On which team would you prefer your child or student to be?  Lessons were learned on both teams that evening.  On one sideline, empathy and sportsmanship played no part.  Players must win no matter what, even when the game becomes laughably lopsided.  Victory is victory, at all costs.  On the other sideline, players learned perseverance and worked through frustration in their support of one another.  They learned how important it was to work as a team, especially in the most difficult of circumstances.  They left the field with their heads down, but their arms were around each other.

I kept reflecting on what type of coach I would want to be, what type of parent I hope I am, and what type of player I would want to create.  In the competitive world that has become high school sports, sometimes the bigger lessons of sportsmanship and compassion become blurred by the scoreboard lights.  On this evening, the score did not show the final victory, and for that I am grateful, as my daughter was one of the nine.